Kafkaesque Illusions (with London-DC) by Science Teheran
Sound Interpretations The HAZE Netlabel presents the project Sound Interpretations. In this project we propose to rethink literary heritage of the 20th century. Over the 2012-2013 years, each month we will release the compilation dedicated to the 12 most outstanding writers of the 20th century. Musicians create tracks-dedications, rethink the writer’s works, translate text to the language of sounds and vibrations. Sound Interpretations are opened with compilation dedicated to Julio Cortazar. 18 sound artists from all over the world translate images, mood, tempo and rhythm of Julio Cortazar into the language of music. The following compilation is dedicated to Franz Kafka. Davide Costa and me have tried to give our personal interpretation by two piano improvisation around a disorientating ambient. Comments and feedback are highly appreciated. Written and performed by Davide Costa & Vicente Bueso. 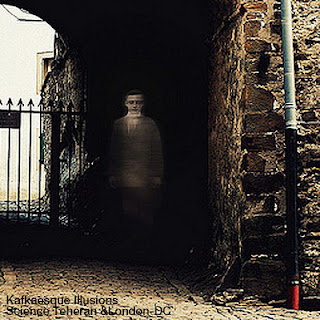